southernindianaballer said:
Throw some Courvoisier Cognac (must be packaged well) into the stands, followed with some good Irish Cheddar cheese and crackers. Followed with JJ subs, balls and t shirts.
1 free beer for all students of legal age.
Throw some Irish Spring body wash into the student section.
Put a statue of Bird and Wooden sitting on a bench together in the lobby so fans can sit with them and get a photo.
Opening video should include Bird, Kurt Thomas, Baumgartner, Wooden, and finally Burl Ives as Sam the Snowman sliding across the court and players grab him and pull him apart and make a smashing dunk with the snowball parts of his torso. Yes, Burl Ives went to ISU.
Click to expand...

I could not find a source for Burl Ives attending college at Indiana State University.

Supporter
He did. Owed ISU money until the day he died.

IndyTreeFan said:
He did. Owed ISU money until the day he died.
Click to expand...

Rumor in Sullivan is Alvy Moore settled that outstanding debt.

Fife said:
I could not find a source for Burl Ives attending college at Indiana State University.
Click to expand...

Assumption is he took graduate/advanced level courses at ISU. Can see players ripping the snowman apart and thn throwing alley oops with him and then put him back together and he slides off the court. Haha

In 1931, he joined Terre Haute radio station WBOW. A photo in the museum’s archives shows him with the station’s other talented performers. During this time, he also took courses at Indiana State Teachers College.

"After classical training at Julliard School of Music in New York, Ives specialized in folk songs. Terre Haute audiences of the 1940s could hear the balladeer on his own radio show, “The Wayfaring Stranger,” carried on CBS affiliate WBOW. His popularity grew with hit recordings of “Lavender Blue,” “A Little Bitty Tear,” “Big Rock Candy Mountain,” “On Top of Old Smokey” and “Holly, Jolly Christmas.” 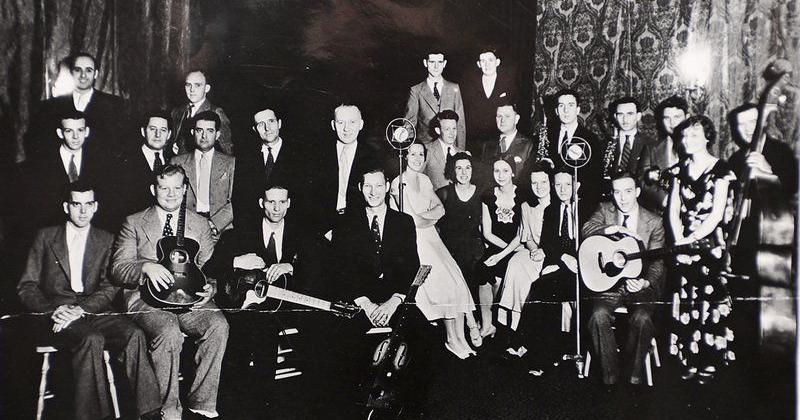 It may surprise some people, but Burl Ives, one of the 2014 inductees into Terre Haute’s Walk of Fame, has a strong local connection.Born in 1909 to a farm family

Though scuttlebutt in Clinton has Jerry Van Dyke giving clandestine banjo lessons to kick in some of the balance.
Click to expand...

Though scuttlebutt in Clinton has Jerry Van Dyke giving clandestine banjo lessons to kick in some of the balance
Click to expand...

I love CV!!
The Beer with the million dollar flavor!

This is actually a really, really good idea....if you can get the rights from the WWE or whomever. People will ask why do they play that music (or show him on the video board) and you can tell the story of how he once went to ISU. From Wikipedia:

Warrior was born in 1959 as James Brian Hellwig, in Crawfordsville, Indiana, about 50 miles northwest of Indianapolis. He was the oldest of five children and was raised by his mother (along with, later, his stepfather) after his father left his family when he was 12. His father died at 57 and a grandfather died at 52. The family moved and he graduated from Veedersburg's Fountain Central High School and attended Indiana State University for a year.
You must log in or register to reply here.
Share:
Facebook Twitter Reddit WhatsApp Email Share Link
Facebook Twitter RSS
Top